My name is Ricky Salinas and I’m with Freedom Plumbers and Pumpers Septic & Drain. And for today, I would like it if you would join us for a grease trap replacement in Leesburg, Virginia.

We had the opportunity to work for a major restaurant chain and help them with the inspection and replacement of a failed grease trap that was caught by the environmental services. For this project, we had to pump down the septic tank inspect it and find out it was compromised. We were able to mark out the area, excavate and expose the old grease trap, collapse it, and remove it and replace it with a state of the art, cylindrical, plastic grease trap – with a couple of risers for regular maintenance and inspection – and connect all of the pipes that come out of the building and then go from the grease trap to the sewer that drives that waste away into the public sewer system.

The first thing that we had to do for this project was to request the utility markings by the public utility companies to make sure that while we were digging, we didn’t strike them or damage them. Once those utilities were safely exposed and secured, we had the ability to manually and mechanically excavate and remove all of the spoils and concrete that were sitting directly on top of that old and degraded grease trap and secure the job site with highly specialized big and deep trench boxes so that if and possibly when there was any kind of collapsing of soils, they wouldn’t hurt our team.

Once that grease trap was fully exposed and secured we had the ability to remove all of the old waste that was in there crack that trap, break it apart load it onto a big dump truck and haul it away to a disposal site that was authorized to handle that type of waste.

Once that old trap was removed, we were able to clean up the area level it out, make sure it was perfectly level, prepare the job site for the installation of the new trap, and then with some big equipment, which included a crane, we had the ability to – not only pick up, but – drop that brand new state of the art grease trap in the same place as where the old one was located.

Once that trap was dropped into its permanent position, we had the ability to drive in some brand new pipe from the edge of the building all the way up to the inlet side of that grease trap.

What that pipe was going to carry was all of the grease that was coming from 42 individual drains inside of that kitchen and take it into that trap so that that trap can process that water and only allowed cleaner water to exit that trap and go into the public system.

We also had to reconnect some additional pipes that were located within our excavation site. These pipes carried your standard waste from regular sinks – maybe even the bathroom and even the bar. None of the waste that comes from those pipes requires any kind of grease treatment, but they do end up in the same pipe that carries the grease wastewater away into the public sewer system.

Back to the grease trap – once that plastic grease trap was set in place we had to make sure that even though it sits pretty deep – meaning fifteen feet deep at the deepest – we had to have proper access for inspection and regular maintenance. That access was created through a couple pipes which we lovingly call risers. Those risers take access all the way up to the surface and they are covered by metallic manhole lids at every inspection and maintenance. All we have to do is pop that lid, look straight down, and get to work. Once all of those accessories were connected to that grease trap, we then had to have a couple of inspections – not just by Loudoun County – but also the environmental department. Once they gave us their thumbs up and congratulations, we were able to get this thing backfilled and secured (or as the professionals like to call it – concealed).

For the backfill of this job we didn’t have the ability to reuse the spoils that were excavated out of the ground, so we had to truck in a good amount of gravel to securely backfill the entire job site, which as you can see, is pretty large, and also guarantee that the same will not settle. After we are done, once all of that backfill has taken place, that leaves us ready to put everything back together and get it back to what it looked like before we even got the job started. The gas meter was put back in place, the concrete sidewalk was repoured, landscaping was repaired, asphalt in the street was redone, and the curb and gutter were put back in place.

And that’s how you replace a damaged, deep, grease trap for a major restaurant and leave it as if we were never there.

This site uses Akismet to reduce spam. Learn how your comment data is processed.

Got A Leak? We'll Take A Peek. 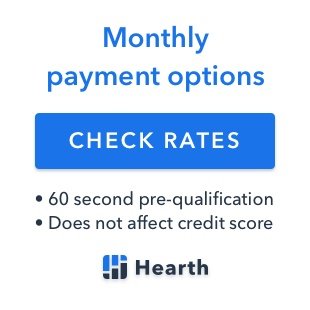