I wanted specialties that would make a big difference in the quality of life of our community and the health of our environment. I wanted our solutions to be delivered in a manner that would make our customers happy. I wanted our clients to be compelled to share their experience with their friends and family.

Born in Fairfax in 1981, Ricky Salinas lived in the Pimmit Hills neighborhood of Falls Church until 1987. The family moved to Santa Cruz, Bolivia in the spring of that very same year. Ricky spent some of his most impressionable years while there. His father owned and operated a private public transportation business as well as a small trucking company. Ricky worked as his father’s helper during these years and became very familiar with the ins and outs of running a small business to include business planning, cashflow, profit and loss, long working days, the importance of maintenance and upkeep of equipment and so much more. “My Dad was and still is one of the hardest working men I have ever met. For my father, time was but a minor inconvenience. For him, work was not done until the job was done. Even if that meant 18 hour days. He was and still is truly unstoppable”. Ricky was also an avid swimmer. He swam for the now nationally recognized team, SAMIX Swim Club. He was a flyer and a freestyle champion and participated in many local, state and national championships. However, his most cherished memories with the team were not his competitions. They were the daily motivational speeches and life lessons preached by his swim coach, Jose Quintanilla. “Many topics discussed back then, linger in my head and have served me well till this day” he recalls. “Jose was not just a swim coach. He was and still is a life mentor who has lived some of the most extraordinary experiences and pulled through every single one of them. What I admire the most is that he is very open about his wins and losses and does not shy away from sharing the lessons learned from every experience. This has made a huge difference in my life and helped mold my leadership style. I am eternally grateful for his guidance which continues till this day”. Ricky continued living in Bolivia until the age of 16. In 1997 he returned to the United States and settled in the state of Michigan where he would finish high school, attend some college and enjoy the beginning of his adult working life.

From 1997 to early 2004, Ricky lived a diversified working life. He worked in retail, shipping, logistics, door to door sales, restaurant industry, hotel industry and building maintenance to name a few. In 2004 Ricky worked as a contractor for a satellite communications company and installed satellite systems for homes all over Michigan, Kentucky, Tennessee, Georgia, North Carolina and South Carolina. Eventually, that opportunity ran dry but Ricky was very appreciative of the many opportunities, experiences and business lessons learned while working in that industry. In early 2005 Ricky moved back to Virginia where he joined a Big Box Plumbing Company located in Manassas. That was the beginning of his Plumbing Career. While there, he learned plumbing basics, specialized drain cleaning, inspections and underground sewer and water pipe repairs and replacements via trenchless technologies. In 2007, Ricky got the opportunity to join a much smaller specialty drain cleaning company also out of Manassas. This company was operated by a man that Ricky admired and respected a great deal. “John Bounds ran a very tight and efficient 1 man operation” Ricky recalls. “His business model was friendly and dependable, quality service delivered with top of the market and cutting edge technology”.

Later on, Ricky was blessed with the opportunity to become a business partner with John and together they grew the operation to a respectable Hydro Jetting, Plumbing and Trenchless Technologies company. During his partnership with John, Ricky developed a wonderful friendship with him and lived and learned some of the most valuable business lessons of his life. In 2018 Ricky bought-out his partnership with John and started Freedom Plumbers and Pumpers Septic & Drain. A specialty Septic, Grease, Drain, Plumbing, Water Filtration, Well Pump & Trenchless Technologies Company. He continues to enjoy this stage of his career till this day.

Got A Leak? We'll Take A Peek. 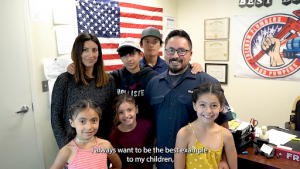 Ricky is now happily married to “The Girl of His Dreams” as he would say. He is the lucky father to 5 wonderful children. “Each one of them brought a new level of drive and personality to my business persona”, says Ricky. “I love the life, love and experience of being a father. Even though all 5 are raised under the same roof, each one of them is vastly different from the next and requires a very individualized approach to their upbringing, education, guidance, support, accountability and mental development. For example, my oldest is very passionate about sports. Another prefers independence and creativity. And then there is the self appointed caretaker to his brother and sisters. Then we have the socialite that is friends with everybody of any age and lastly the spunky comedian that thrives off of the enjoyment of everybody around her. Each one of their personalities has left a very deep imprint on my own to the point that sometimes I feel like in a way, the way I behave with others is somewhat influenced by them. It’s fascinating. I love my children”. 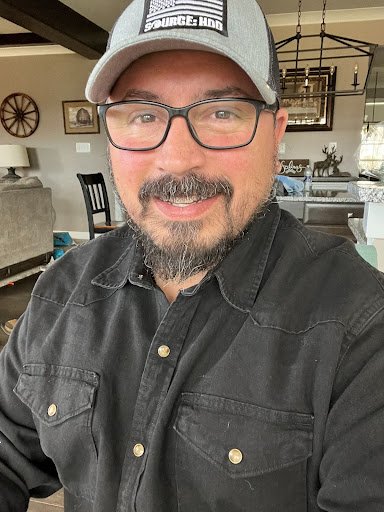 On the professional front, throughout the years, Ricky has worked very hard to become fully licensed and certified to do everything that he does. He currently holds a Class A CDL License, Contractors License, Master Plumber License, Master Alternative Septic Operator & Master Conventional Septic Installer License. He is currently working on getting his Journeyman Electrical License and Master Alternative Septic Installer license in 2022.

As of late 2021, Ricky was elected as a board member to the Virginia Onsite Wastewater & Recycling Association (VOWRA) where he plans to be involved in technical, education and legislative matters for the Virginia septic industry. In 2022 he will be seeking to rejoin his local Plumbing, Heating and Cooling Contractors Association (PHCC) and his local Chamber of Commerce. The ultimate goal with all of this is to help maintain and shape the future of the industries in which he is involved in for the betterment and benefit of the whole community. Contractors and Consumers alike.

“…remembering the words the Lord Jesus himself said: ‘It is more blessed to give than to receive.’ ” – Acts 20:35